Today was Day 4 of our journey!

It began with our routine of breakfast and devotional – this time, the devotional was student led by Arianna, Cristian (who wants to be called Zach for some reason) and myself. We got to eat breakfast on the patio outside surrounded by plants – it was lovely! From there, our ride met us on the street and we headed for the destination at which we would spend our day.

From their website: “Los Pisingos was created in May 1968 by a group of 22 couples who decided to join efforts to develop social outreach activities.” The boys and girls we worked with today have families but come because many public schools are very full, or they have disabilities/are getting occupational therapy. Their families often come to support them while they’re at LP during the day and we got to meet some of the parents.

We started off learning about the place from Daniel, who has worked there for 6 years. He gave us info about how much the place has improved over the years – including the fact that they were about to shut down, but then they partnered with AGCI and were able to get everything together and go further beyond in their program than ever.

Then we started working with the kids! We started with finger paintings (this will come up again later) and then we went outside and planted some flowers with the kids.

After doing that we had lunch, again being the same “official soup of bogota” as yesterday – and again it was a big hit with the group. After lunch we went back outside and played some games with the kids – including Duck Duck Goose (which got really competitive) and Cops and Robbers! While we were playing cops and robbers, the girls were working on painting a mural on one of the walls (photo below) that ended up looking great!

Finally, we ended our time at Los Pisingos up at the field/playground area and did a variety of things, including sack racing, jumping rope, and playing baseball just to make a few! We then went and took a group photo with the kids and they ended up giving us the finger paintings that we worked with them on earlier in frames – such a nice thing for them to do because while we made memories, we now have something tangible.

We departed Los Pisingos with hugs and love from the kids, and went up a nearby mountain to explore – and this ended up blowing our minds. We got to see a look at how the people live up there – including homes that have hardly any structure, and hills and stairs that make us tired just by looking at them. It opened our eyes as to what poverty in Colombia looks like compared to what our lives back in Texas look like.

We then went to dinner at Las Acacias, where we were treated to music from four awesome musicians who were very great players and a great meal! We separated our team into four groups and got to talk about a lot of things and team build a bit!

Following dinner we went back to our hotel, went over our day and went to our rooms. We are ready to go to sleep and get ready for tomorrow! Please continue to pray for us and our ability to make the days of the kids we are blessed to meet!

(P.S. – my amazing friend Elizabeth encouraged me to try blood sausage but i didn’t know it was blood sausage until after i tried it and now i have trust issues)

(P.P.S. the girls will finally be watching the season finale of The Bachelor tonight and they can finally stop avoiding spoilers from Milan) 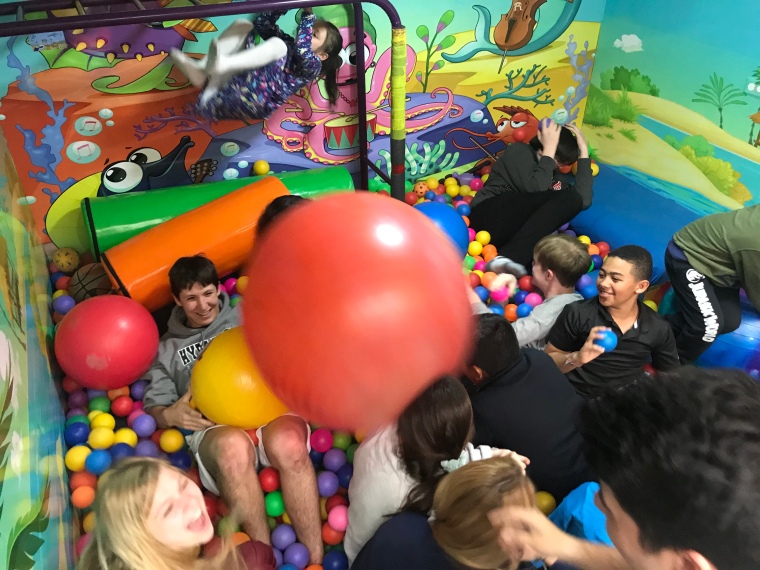 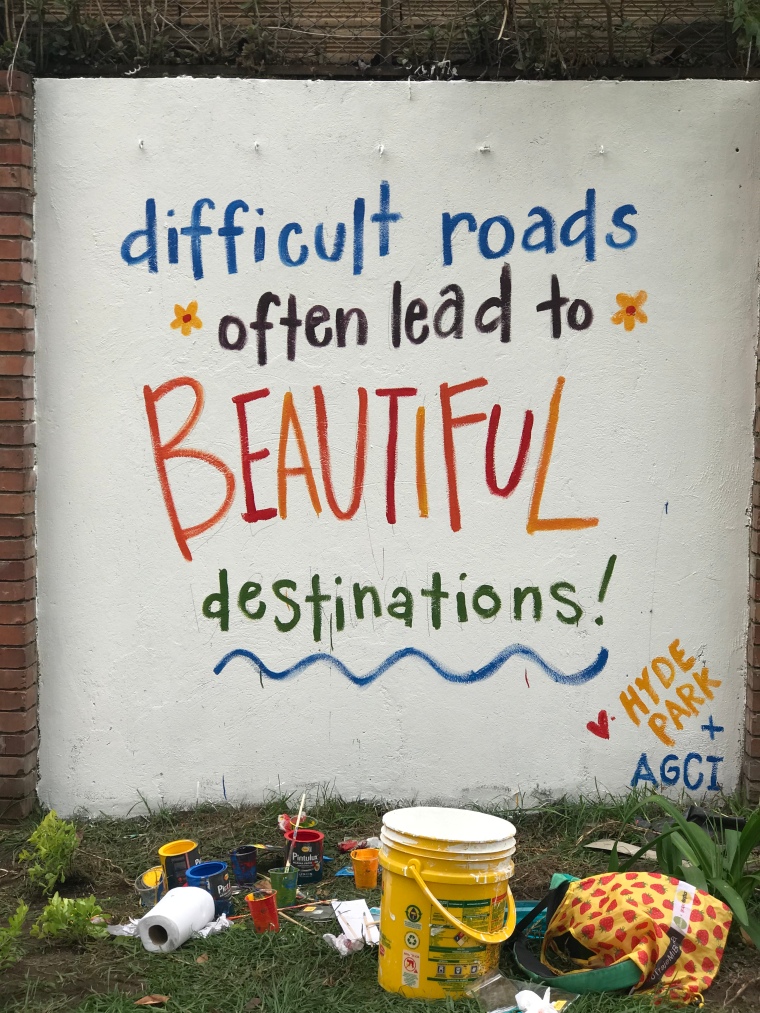 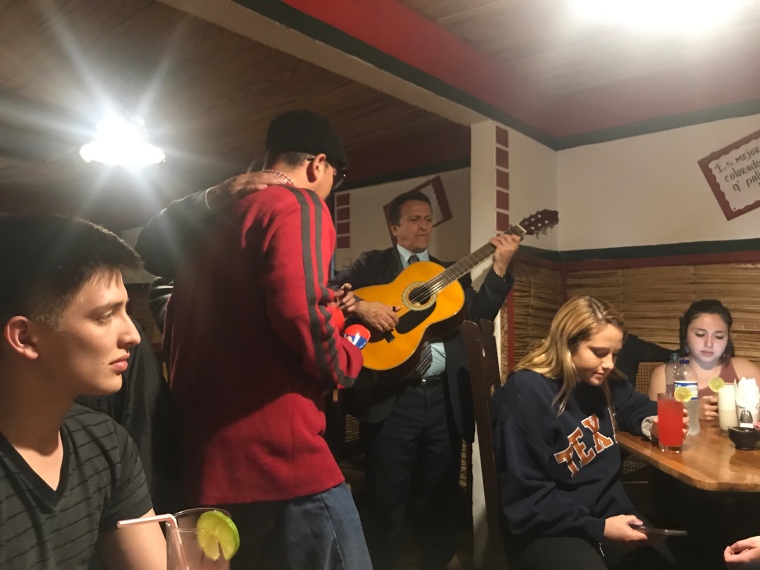 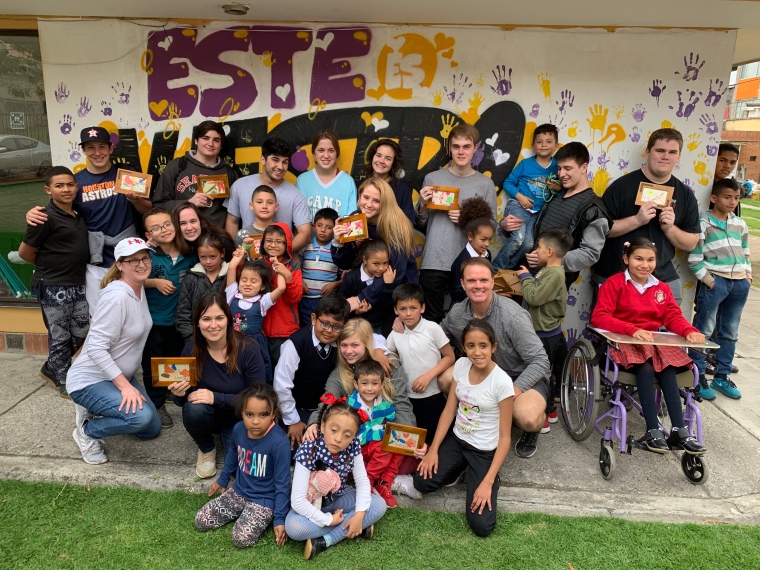 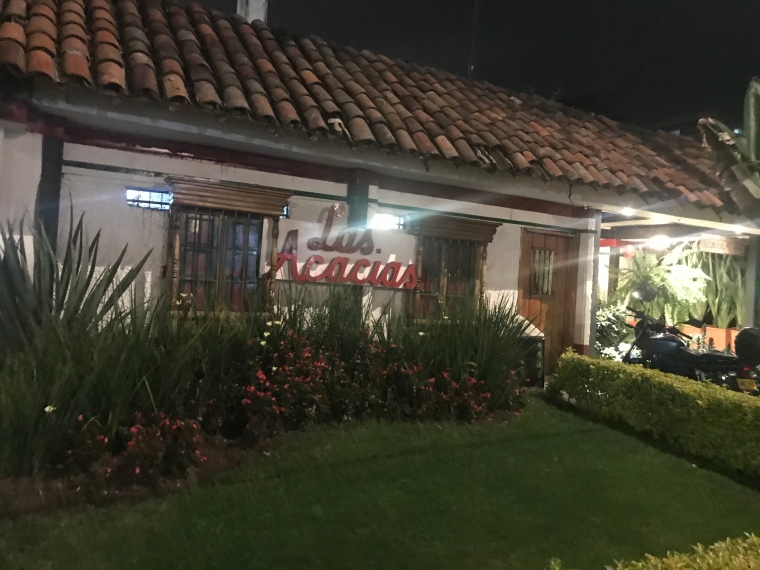